Remembering Titanic, 110 years on.
Year 6 had an adventurous morning on Tuesday as Titanic survivors in 1912. All in role ( including Mrs Land-Jones and Mrs Armstrong) with character parts and costumes they reboarded the Titanic, and with the help of technology, explored its decks and facilities and watched in horror as the ship broke and sank. In teams, they investigated historic sources to find out more and then ‘interview ‘ (or interrogate!) five key real life  characters from the day , including the lookout – James Shambrook, the ship’s Captain – Noah Wilson, the manager of the White Star Line- Elijah Cheeseman, the First Officer Ollie Thorpe and the Captain of a neighbouring ship. With this information they wrote reports explaining who they believed to be the MOST responsible for the massive loss of life . Not all agreed, but most believed it was Captain Lord
(played brilliantly by Joe Scurr) – who had most to answer for. Some serious lessons were learnt that day in 1912, and hopefully much was learnt and enjoyed by Year 6 110 years late. 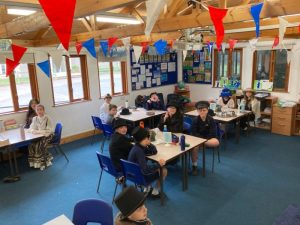 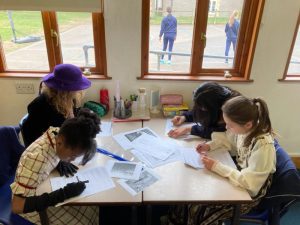 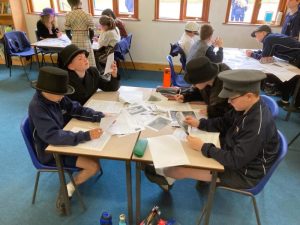