This year’s school production was The 39 Steps, written by Patrick Barlow, based on John Buchan’s ground-breaking novel and Alfred Hitchcock’s iconic movie.

London, 1935, RIchard Hannay is bored with life… until he meets a mysterious woman called Annabella Smchmit who turns out to be a spy! Boredom gives way to suspense – peppered expertly with humour – as an innocent man is mistakenly accused of a crime and must clear his name. Hannay soon discovers a reason to live, to love and, above all, look after each other and our world.

With shootings, train chases, plane crashes, heavies in fast cars, villains with missing fingers and, of course, a love story, this laugh-a-minute thrill ride has something for everyone.

This year the production was open to Year 10 and 11 students who auditioned for either acting or backstage roles.

Producing, directing and performing such a challenging piece of work was made particularly tricky given the pandemic and restrictions we found ourselves under. The original play was performed by just four actors – playing over 150 characters! At King’s we rose to the challenge, showing great enthusiasm and perseverance to perform it with just 11 actors and five backstage crew. All of them were fantastic and despite yet another setback with storm Eunice delaying the performance, we overcame and were able to put on the show, performing in school to students and in the evening to parent and friends. It was hit, with lots of laughter and wonderful feedback for the entire cast and crew. Well done! 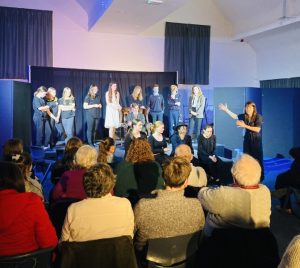 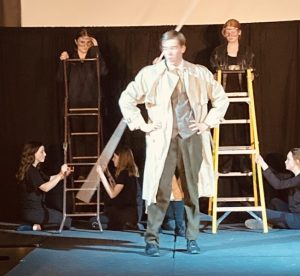 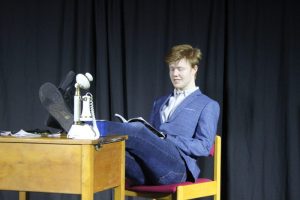 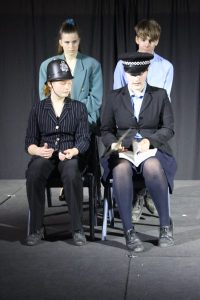 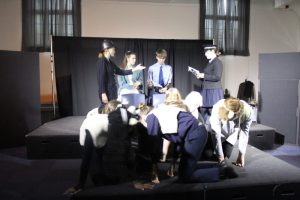 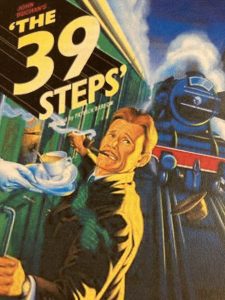