The Man Who Was Magic

This year’s school production was a very new musical – only being performed for the second time ever in the world. It was written by John Mellen and Richard Stannard (our very own Head of Music), based on the book by Paul Gallico.

Paul Gallico (probably best known for the beautiful short story ‘The Snow Goose’) set his book ‘The Man who was Magic’ in Magiea, a city of magicians. One day, a strange young man, Adam, comes to the city to seek acceptance into the city as a magician. He considers his magic to be ‘simple, the ordinary kind’, but he finds that many of the other magicians in the city, whose magic is based on illusion and trickery, are suspicious of his ability to do ‘the real thing’. A few are curious, and want to find out more, while others are downright hostile.

As the story develops, the characters’ positions polarise and the action reaches its dramatic conclusion.

Is Adam who he says he is?  Can he really be trusted?  Will the people of the town accept him or reject him? What are the consequences of the decisions they make? Our minds were very much drawn to another young man, another group of people, another story, two thousand years ago.

Producing and directing such a new piece of work presented many challenges and new creative delights. It was both tricky to have no frame of reference from a previous interpretation and also incredibly freeing to create something entirely knew.

The whole production of this musical was a reflection of the family of this school. The cast being made up of both primary and senior students, providing a rare opportunity for such a wide span of ages to work together. The live band bringing current students, ex-students and previous colleagues together. Even the set was designed by the drama teacher’s in-laws and constructed with their help and the Year 7’s.

The enthusiasm and hard work of the cast and crew culminated in four performances. Twice to students – both primary and secondary and then two evening performances for parents and friends.

For that production week, the hall was alive with music, magicians, colourful tricks and even a dog. As always, the show must end but hopefully the memories, the shared experiences, and the joy of coming together to create something endure. 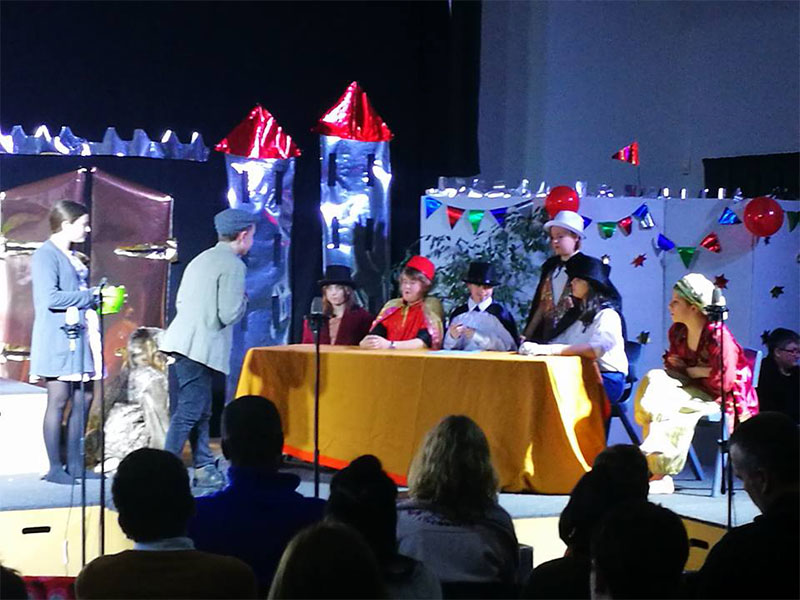 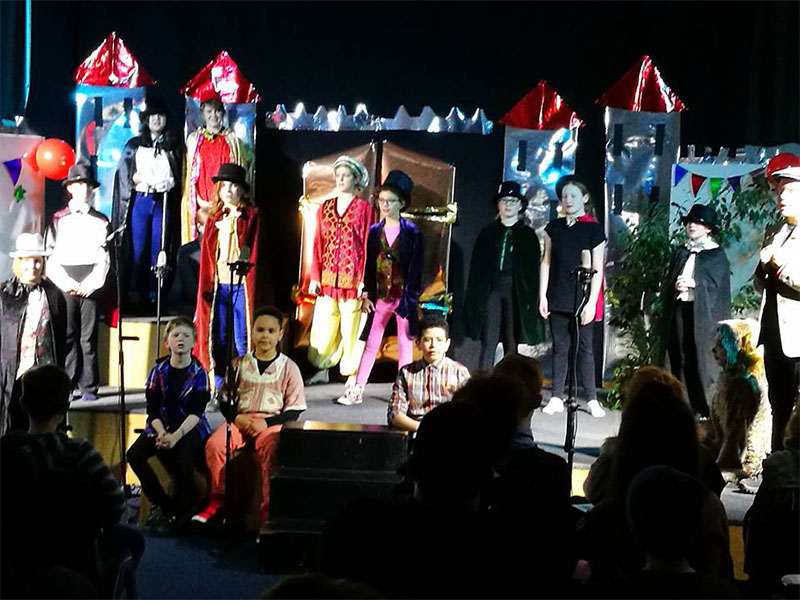 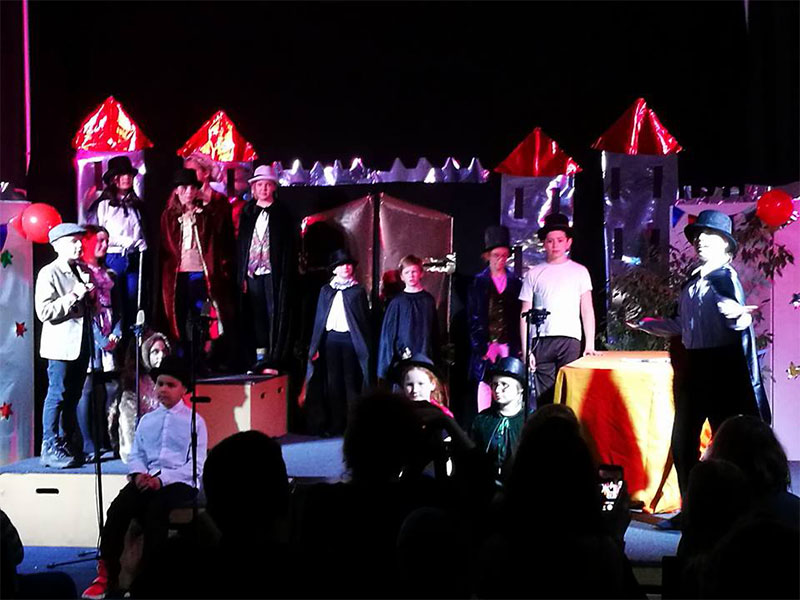 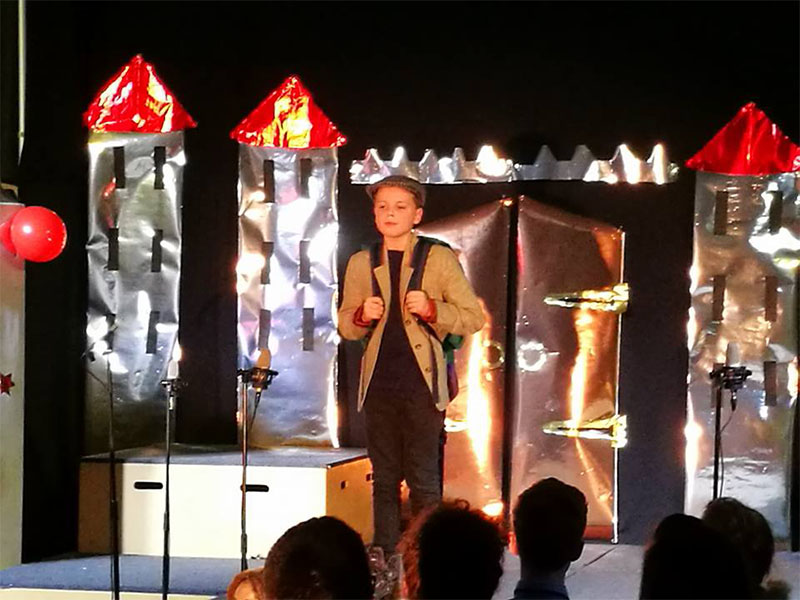 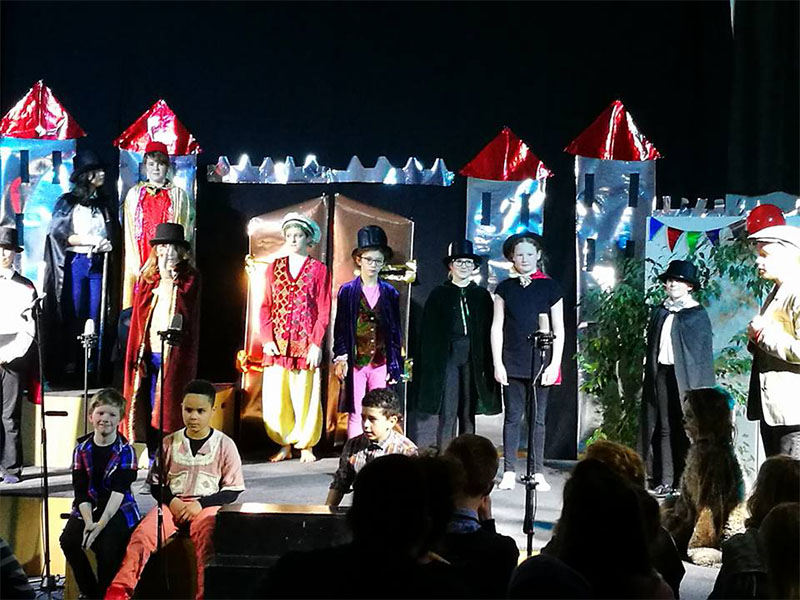