2017 has been a tremendously exciting year for us – our first venture into Rock Challenge!

Rock Challenge is an anti-drug and crime-prevention initiative which takes the form of an inclusive dance competition for schools and colleges. It is sponsored by the Police and other services who give out the awards on the night. Students have the chance to perform in a professional arena and to work alongside professional technicians. Although it is a dance competition, the emphasis is very much on teamwork, commitment, being your best and living a healthy life-style.

On 20th September 2016, Mrs. Hastings was up at 6.00 am to ensure our entry was in early enough to secure us a place in the Southampton Guildhall Competition on 14th February 2017. The very next day, we started our Senior Rock Challenge club. This was run by Miss Escott (ex-Royal Ballet and very experienced at training students for Rock Challenge).  Our theme was “Family Matters” and our storyline was down to earth, powerful, yet very uplifting: we meet a girl called Hope whose world and heart are broken when her parents split up. Where does she belong now? And does anyone really care? And how is she to cope with an extended family? She is encouraged not to despair, but to hold on to Faith and Love as they help her face a new future.

The 30 students in our team rose to the challenge of regular rehearsals and having to learn routines and role play. Behind the scenes, Mr. Land-Jones worked hard on the set and Mrs. Pattinson on the costumes. On the day we were so grateful to all the parents and teachers who gave their time to transport the set, help with hair and make-up, and do just about anything we needed. There are too many names to mention but thank you, all of you – you know who you are! 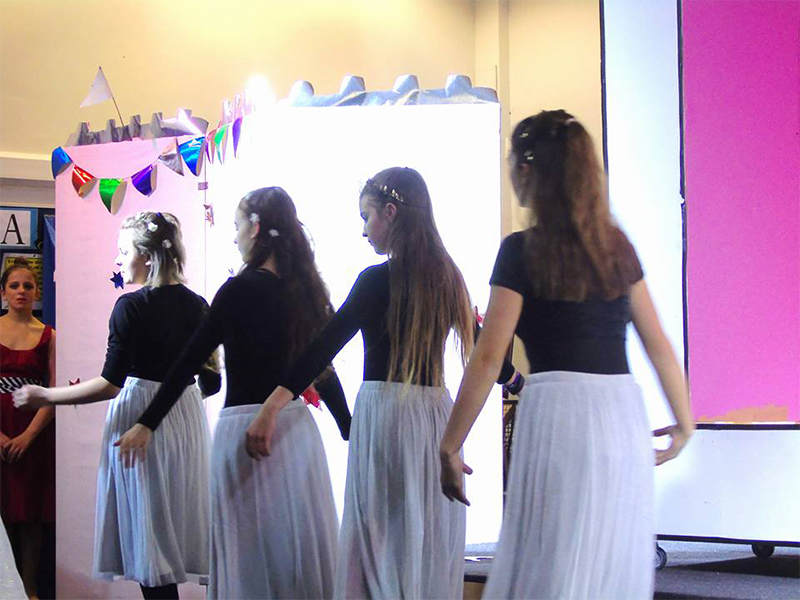 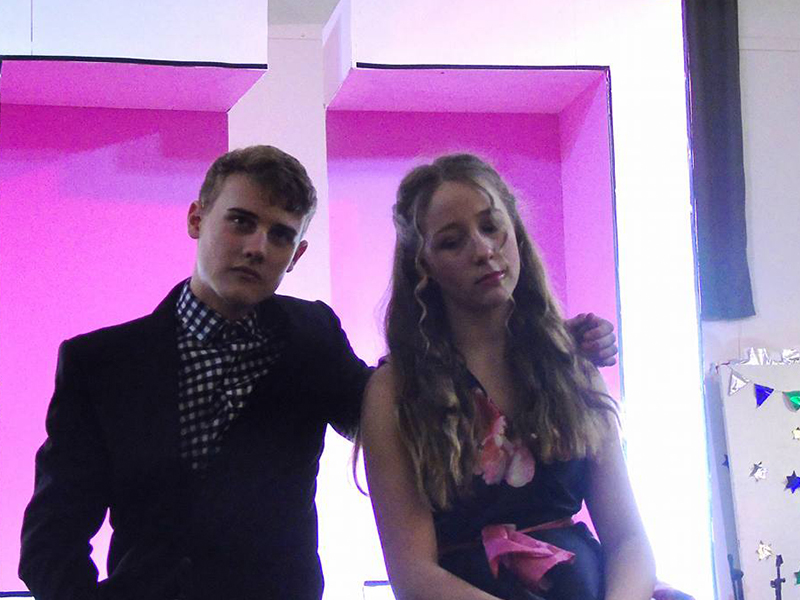 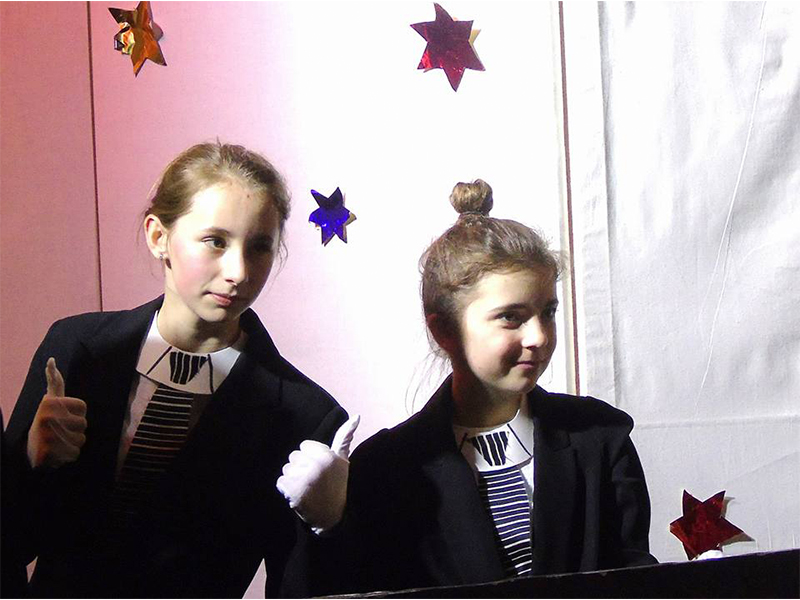 Of the 9 schools taking part, we were the first in the draw, which felt scary but was actually God’s blessing because it meant our set started onstage and our crew had only to remove it. By 7.10 pm it was all over – we had done our best and all that was left was the waiting. Nearly all the other schools were larger and more experienced than us but they were all very friendly.

When the competition was over and the awards were presented, we could not contain our excitement. We had won 8 awards and come 3rd overall, beating some highly trained dancers and even finishing ahead of Peter Symonds College whose students are much older and more experienced than ours. Our success felt like a tremendous achievement and was down in no little part to the creativity, vision and sheer hard work of Miss Escott.

Following this year’s success, we are looking forward to running another Rock Challenge club for entry in February 2018. The club will run after school club on a Wednesday night from September onwards and is open to all Seniors. You don’t have to be trained in dance or indeed have any performance experience in order to take part – more important is a willingness to have a go, and to work as part of a team. We also need technicians who will work behind the scenes on the set, lighting, video and sound, hair and makeup. We will also be doing some fund-raising, probably the highly popular cake sales again! And parents, we would love you to get involved again! Contact Mrs. Hastings, please, anyone who is interested in being part of this year’s team.

Following this year’s success, we are looking forward to running another Rock Challenge club for entry in February 2018. 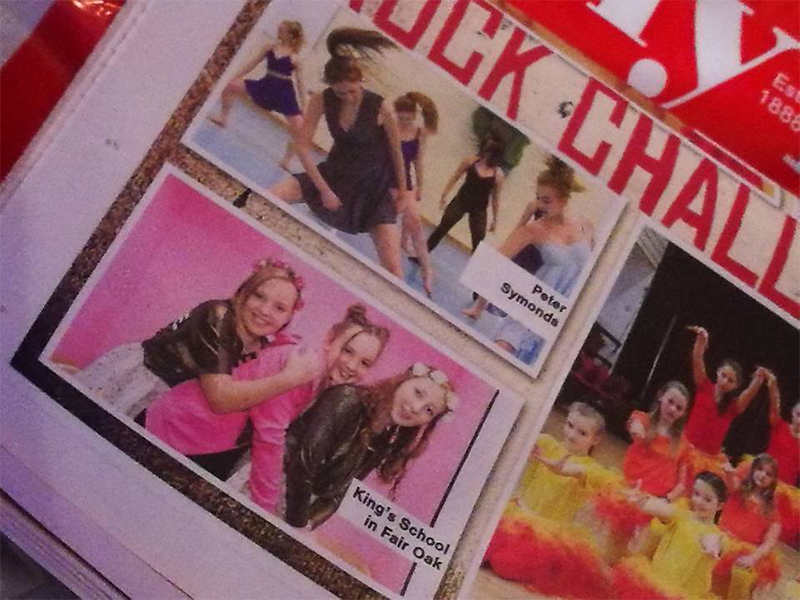 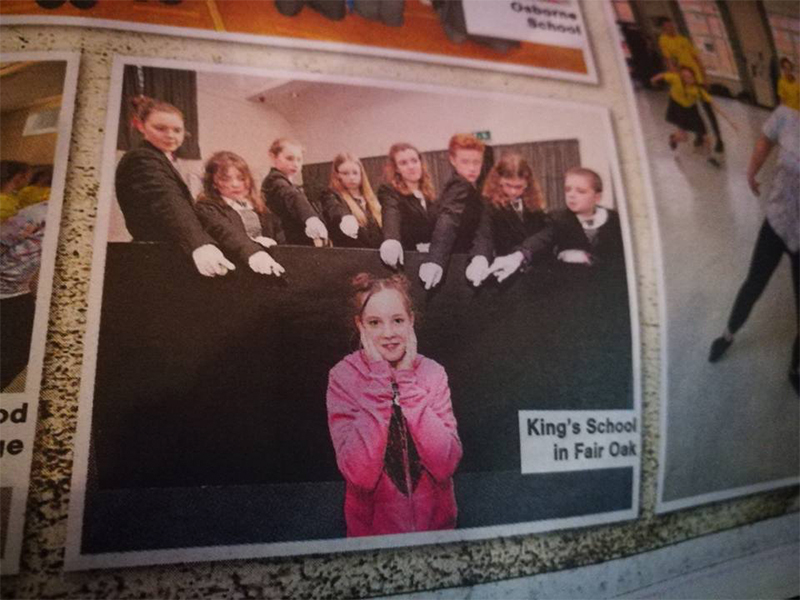