The Year 10 band brilliantly led us in worship before we spent some time celebrating some of the term’s achievements. Awards were given to pupils who had received the most credits in their year as well as to those who serve the school day in day out in a variety of different ways, including our pupil cleaners who do a fantastic job.

Sporting achievements were loudly applauded, trophies given and we also congratulated all of those pupils who took part in this year’s national Maths Challenge. We said a sad goodbye to Mr Winkley who has doing a fantastic job of teaching maths and tutoring Year 8 this year and we wish him every success in his new business venture.

The proceeds from today’s non-uniform day contributions were used to surprise pupils with a lunchtime ice cream after the assembly – something to keep them going before our whole school games afternoon got underway! 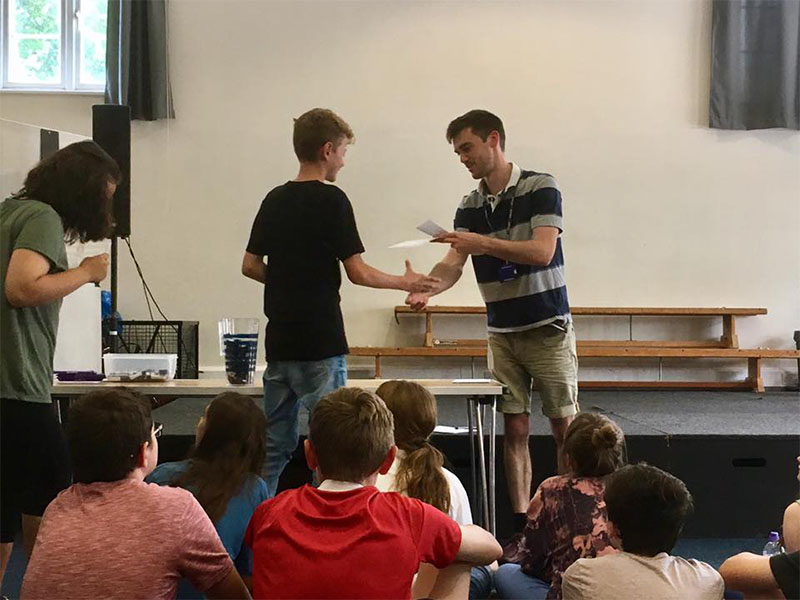